Stunning is simply an apt word when it comes to describing the new improved Carrington Training Center. Bearing its new moniker, the AON Training Complex, the training ground continually attracts legions of Manchester United fans all over the globe. Located right at Greater Manchester’s Carrington Village, the 108 acres training ground was designed as a replacement of "The Cliff" serving the Manchester United club – both youth and pro teams - since 2000.

Whether it is called the Carrington Training Center or the AON Training Complex, one thing remains the same – this is one place that helps shape-up the best team English football has ever seen. The former manager and flag bearer of the Reds, Sir Alex Ferguson, had described the team’s headquarters as an investment worthy of praise. According to him, this is by far the “best signing” ever done by the club—a state of the art training ground that has no comparison in football facilities all over the globe.

Football is a sport that requires skills and constant training. Preparation, being a crucial factor in any game, is carefully laid out on this “sacred ground.” Here, set plays, tactics and game plans are built by coaches and camaraderie among players is forged. But apart from that, players also are here to recuperate from injuries and setbacks, or simply to convalesce before and after matches. Housing the club’s U18s, U21s, academy teams, and the Reds, it boasts of nothing but innovative features that simply blows one’s mind away. Of course, security is topnotch with kilometers of fence and approximately 30,000 trees surrounding the facility, it is no wonder that it has earned the name “The Carrington Fortress.”

The current face lift is said to have cost the club a whooping £20million. But according to the man behind the idea, it is the “best signing” investment the club has ever had. Though, the training facility may be far off from the historical "The Cliff", this is definitely one venue that will carry Manchester United’s future to the pinnacle of its game and also possibly on a streak of collecting trophies among the many tourneys and competitions both in the domestic and international scenes.

Some of the notable interior features of the training complex are:

*leisure areas for parents and guardians

In the football arena, these features are considered essential and greatly advantageous. The RED's are currently in agreement with top brand AON lending the facility’s naming rights to the brand. This will take a span of eight years earning at least £15million per year for the club. With these astounding features and facilities, who would not want to simply drop a name and get on with the groove of the game? Indeed, Manchester United is one team that seems to have its future planned with greatness in mind.

Cheers to more championships and more games won Manchester united! Glory Glory Man United! Below is a rendition from the World Red Army to the greatness that was, is and to come - Manchester United Football Club - English Champions!!! 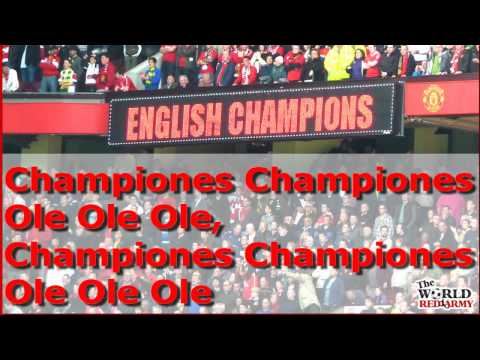