I started out feeling pretty good. I think I have pretty good form in terms of running technique.

But I always start out feeling good. It feels good to start running.

5 minutes later I am walking. Thinking to myself “Holy shit I am such a shitty runner.”

But not in a negative way. On paper a thought like that sounds like I was beating myself up. To me, in my head, it felt more like acknowledging reality. A statement of fact.

I then decided to start running every day so that I could be somewhat less shitty.

This time, the thing that made it difficult was the cold air. Yeah, it’s march. And yeah, today was a sunny day.

Also cold as fuck. Biting cold. Feels like pouring some kind of burning acid into your nostrils.

A few weeks ago I watched a biathlon race taking place somewhere in Russia. Heavy snowfall, heavy fog. The skiers had special paint on their cheeks to prevent their faces from going numb.

This was nothing compared to that. But still. Man.

Actually, in that moment when I felt my worst, I felt amazing. Why? I was happy to be running again.

I was excited about that, even though my body told me it was going to collapse soon.

So I decided to go running again tomorrow. I read Born To Run a few years ago, and it inspired me to start running. I hated running before I read it.

My problem with running is that I have always been pretty shitty at it. I never got in a good momentum. During the summers I have been running maybe three days a week. And usually even less consistently than that. Never got into that flow that just catapults you to become really good at something.

Many months since I last ran anywhere, but this time I feel I have a much better understanding of my own psychology. Maybe I can get good this time. Time will tell, I guess.

Final note: I am currently reading Three Simple Steps by Trevor Blake, and it is quickly turning into a favorite. The story about Audrey in the first chapter made me cry. That has never happened in a non-fiction book before.

I like it largely because of its simplicity. Recommended.

Here's a video of Anton Krupicka running in the winter. He's better than me. 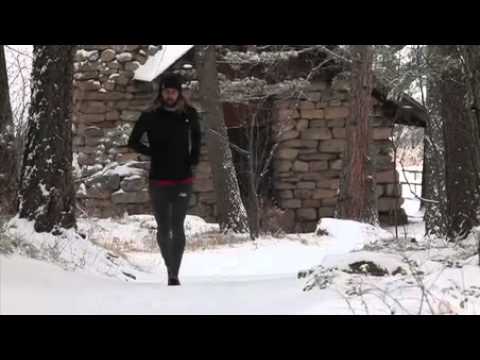