Is it really that hard to believe that the world doesn't want to eat cuisine that relies so heavily on fermented vegetables and soybeans and red chili paste? Food journalists have circled the globe thirty times over documenting the cuisines of different cultures for years, it's not like Korean food is some hidden secret waiting to be discovered like Burmese food. It's not that it's too spicy either; I could wash my balls with the spiciest maeuntang (a soup made from fish scraps) and it wouldn't even give me wood. Most people just don't like it. Most people don't like Finnish food either. Sweden, Norway, Ireland, Scotland and Germany are some other countries whose cuisines have not had much influence on the rest of the world. They're over it. 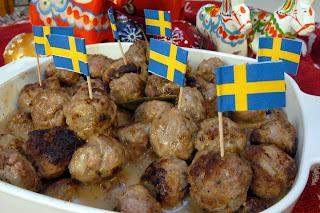 But not Korea. The inferiority complex over their food stinks so heavily of small penis syndrome that it almost gives me respite from such classic Korean flavors as

While nobody likes to drink fermented animal shit (other than ancient Koreans, evidently), different cultures tend to like different things. You got the French with their ripened cheeses, Italians with their cured meat, those Isaan maniacs in South Thailand that season their food with hellfire. What I'm saying is that there's a degree of subjectivity in taste that tends towards an intracultural, or at least intraregional agreement.

Koreans tend to prefer tastes that almost always involves something pickled, salty, spicy, and sweet, sometimes all at once. The Japanese took all the subtlety with them when they left, if there was any to begin with. And while sometimes tasty, I've never seen a jiggae that I would call 'fresh'.

(the Korean palate is so alien that this is what they did to improve what the most influential Korean-American chef cals, 'the most underrated cuisine in the world.')

Also, what the fuck kind of cultural export is bibimbap? The rice is steamed, the vegetables are steamed, you put the rice in first, and then it doesn't matter anyway because the person eating it is going to mix it up before they eat it. It's something you'd expect to find in the room of a sorority girl struggling to lose weight, not a professional kitchen. Watching Koreans try to export this shit to countries like Italy makes me want to laugh and throw up at the same time.

Okay, bottom line- You wanna know why I think Korean cuisine is a joke, even though most of the Korean food I eat is good?

Because half of the good meals I eat are cooked like this:

And most of the rest aren't cooked at all. Someone brings raw food to my table, and then I either grill it or again, I boil it.

If you think this explanation makes me a depressive cunt, you've completely glossed over the part where I didn't even mention the bad meals.

Maybe you like Korean food, maybe you don't. That's a subjective opinion and it's stupid to argue about. But there are two things that Korean food lacks completely that even a Koreaphile can't deny: Subtlety (which is fine, plenty of cuisines from around the globe don't have an ounce of it) and a significant level of culinary technique, let alone finesse.

Korean food is excellent. When I was in Korea, though I regret going because of my objections to Korean bigotry, I ate their food most of the time, instead of western food.

haha this is exactly what I thought of korean food