The focus of this blog is two things-

From time to time I might stray from either two focii, and today I will do so for about five sentences.. I wasn't a big fan of the show at first, and I'd never read A Song of Ice and Fire, but A Game of Thrones is a wonderful show. If you were to judge it purely by the volume of incest alone, it would be one of the best shows ever made.

How about  the end of that last episode? HOW IS SHADOW BABBY FORMED? Lost my fucking shit in the office. First time my erection has laughed at a woman and not the other way around

On to other things. Yesterday the free Korean lessons at Pusan National University started up again. I haven't seen my tutor for two weeks because they had midterms. I haven't seen Joe, Jeon, JJ, or Yong much for the same reason. My tutor is hilarious. The way she speaks English is super cute, and the last time we met, she told me and the other student (Tom stopped going) to bring an egg to class, raw or cooked. Today she told me she'd just bring the eggs. So after an hour of studying Korean, we drew faces on eggs and ate them.

I invited my tutor, Song Ho Jung to play the arcades with me, because she likes to play all sorts of games. Starcraft 1, Diablo 1+2, rhythm games, dance games, shooter games. Not so much Charl-kwon though. What's Charl-kwon you ask? The Korean bastardization of “Tekken”. I hate that they do that because now nobody understands me when I say Tekken. The way Tekken is pronounced is easily expressable in Korean script. I think they just wanted to incorporate the word “Kwon” which I think has something to do with martial arts.

Unfortunately, skank had to be wearing a skanky-ass skirt, fuckin skank, and Joe rolled up on his scooter, also fuckin skanky so she wasn't comfortable being the meat in a Me+Joe sandwich going downhill on a scooter. So instead, me and Joe did something much more heterosexual. I got a strawberry banana shake from a street lady and went to go play some Tekken while he alternated between texting and adjusting his hair in the reflection of his Galaxy Note. Young Koreans are tethered to their phones tighter than the ropes on a Japanese businessman's ankles at an S&M club.

I play Tekken a lot here, because it's only 20-50 cents a play, and arcades aren't hard to find in the more poppin' districts of Korea. Only problem is you have to play with Koreans, so if you can't handle your shit, you're gettin OJ'd in 30 seconds. You think the stereotype that Koreans commit virtual genocide in video games isn't true? First of all, fuck you if you think any stereotype isn't true, I mean it's called a generalization for a reason, it breaks down at the level of the individual. Second of all, if Hotel Rwanda was a game Koreans would be slapping Don Cheadle in the face and yelling “HOLD MA DICK”. For fuck's sake there's a movement in Tekken 6 called Korean Backdash. 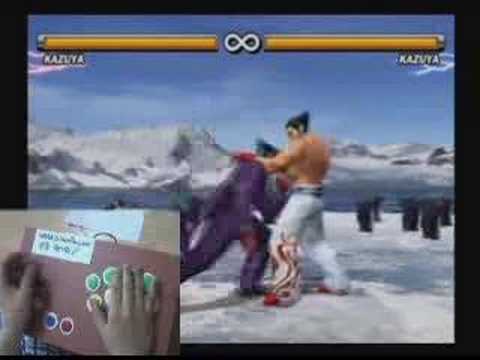 The context of the him wanting to set me up colors every interaction I have with girls he introduces me. The day before, I had dinner with Yong who brought a lady friend as well and it was awkward enough because she was shy and my Korean guy-friends are so confident, they're always goading the girls into speaking English with me like its no big deal but the Korean girls are more reserved. With Joe well, here's how it turned out:

I'm at our favorite Dweet-go-gi (a type of Korean bbq) place, and I'm in the fucking zone. Chunks of pork and sauced veggies flying everywhere, I'm lovin' it like McDonald's in the 90s. Joe already ate dinner so he's picking at it like a bird, cause a nigga gotta stay fit. After I clear my third order of meat, this not completely foul looking girl-woman sits down at our table. Her response to “hello” is to cover her mouth, giggle, not acknowledge me, and turn to Joe for advice. I made a good effort to get her to open up, a lot more than her attractiveness called for, but it was futile so I ordered two more orders of pork, garlic and onions and went to town on that shit.

Bitch left and Joe apologized to me profusely. He explained that he met her while he was traveling in the Philippines with his girlfriend, and didn't know much about her. She was friendly, but egocentric and narcissistic. When she'd heard that the guys were saying that she has a face that would be very pretty if she lost some weight, she went around bragging about that. She (Jenny) was always trying to hang out with Joe, and told him to call her after I leave. If nothing else, Joe is a monogamous guy, he just has a tragically beautiful face in exactly the way that Jenny doesn't.

I said our goodbyes and I got on a bus. When you've eaten too much or drank too much alcohol, a Korean bus ride is agony. I sat next to a girl in a middle school outfit, turned up the trance on my new Soundmagic PL50s and started reading The Kite Runner. Somehow this girl managed to get my attention, and she asked to play with my hand-grip toy. Her English was shit, but she was a student at Geumchang Middle school, just a couple of miles away from me. I asked her if she wanted some of my shitty mints that my friend Jamie gave me before I left Illinois. He got them from a CS career fair, obviously from some shit company like Zynga if they were handing out bullshit in a tin like this. Nah if it was Zynga she'd get addicted to them and throw her money away on shitty Facebook games. I got to play with her cute hamster, which was a nice break from reading about boy rape in Afghanistan. Khaled Hosseini is a great writer, but his stories are just so damn sad.

I should get going now. I have classes to not teach. I love Mid Terms.